You know how in comics, the hero defeats the villain, but they never die, or otherwise get sent away or imprisoned never to return? The good guys win, but in the back of your mind you know there’s always that chance, one day at some point unknown in the future, that the villain will break out, make their comeback. And it’s usually when the hero is struggling or otherwise grappling with some major life struggle? It’s like the writer said “he’s not dealing with enough crap on his plate, let’s really put the screws to him…” We all know the trope. Recurring villains are a staple of comics.

Depression is my recurring villain.

It first made its major debut when I was in high school. At that time I was a lot less self-confident (so, you know, a typical teenager) and dealing with some self-imposed demons. Depression made me cry myself to sleep pretty much every night my junior year. Not only was I fighting that particular villain, but it brought along a sidekick: suicidal tendencies. Suicidal Tendencies, aside from being an awesome band (ALL I WANTED WAS A PEPSI!), was a very effective sidekick. I honestly believed that if I no longer drew breath, the world would be a better place.

To that end, I would lay down in bed and cry myself to sleep wishing that God would take me in the middle of the night so I wouldn’t have to face another sunrise.  It’s also important to note that I didn’t let on about my feelings – I truly felt that no one would care or miss me if I died, so why bother telling them about it?  On this particular Saturday night, I was in bed sobbing as usual, and I said to God, “Listen, I don’t know how much longer I can do this, so if you want me to keep on going, you’re going to have to give me a sign.”

Well, as they say, the Lord works in mysterious ways, and sadly this one was going to get worse before it got better.

Antonio Lage was a year above me, and although I knew who he was, I couldn’t say with any honesty that we were friends.  We knew some of the same people, but that was the extent of our association.  Unfortunately, that weekend he was out with some friends and got into a car accident.  I won’t sully his memory with the particulars of the accident, but Antonio suffered the worst of it.  By the time Monday rolled around, he was in a coma and on life support – the prognosis was not good.  Naturally, when word got around school the students were horrified.  We’re young, we’re invincible, we can take on anything – none of us should be in a coma hanging on for dear life, right?  Sadly mortality blindsided us that weekend.

I also feel it’s important to mention that at this point in my life, I was known as Tony, not Anthony.  I introduce myself to people now as Anthony, and if you know me as that, please do not start calling me Tony – only people who knew me back then are grandfathered in.  The teachers were doing their best to make this a Teachable Moment before moving on to the lesson of the day, which in most classes had little to do with the choices we make.  But Religion class, with Mr. Bauer, presented itself with a unique opportunity at 4th period.  Mr. Bauer, as he was wont to do, turned the topic into a general discussion about life and the future and God.  And as I sat there, leftmost row 2nd seat back, he began to talk about Antonio, and all that he would miss out on.  But it wasn’t just what he was saying that hit me to the core and gave me a feeling I’ll never forget – he was calling him Tony. “Tony won’t get to go to prom.   Tony won’t get to graduate.  Tony won’t go to college. Tony won’t get married and start a family.”  In the words of Bill Engvall, here’s your sign.

How I managed to get through the class without bawling hysterically and fleeing the room, I don’t know.  But I do know that at that very moment, I suddenly became aware that my problems, however massive they seemed to me at the time, did not give me the right to permanently run away from them.  I went to lunch and told my friends of my epiphany and what happened.  They were shocked – not only was I informing them that I was no longer suicidal, they had no idea of my condition in the first place.  Years later I was told that “you should’ve come to us, we would’ve helped you”.  But when you’re that deep in the hole and looking down, you don’t see the hands reaching in from the light trying to pull you up.  Antonio’s death gave me the perspective I had been lacking all year, and ever since then I’ve become acutely aware of my general mood.  If I feel myself slipping back towards that dark place, I pause and reflect on all that I have, and I right the ship.  But I wouldn’t have been able to do that without Antonio.  They say that death and life are one giant circle, intertwined and connected.  I never really knew Antonio Lage.  And I truly wish that he did not have to die to give me life.  But I have done my best to honor his memory by being a good man, and living the life that I was intended to live.  So that was the first time I defeated depression.

But it wasn’t the last.

Several years later, I was floating aimlessly through life. I had graduated law school, but I didn’t have a steady job. I was still living with my parents. I was basically going through motions, trying to find myself. At a party, I was talking to some friends, including Dr. Issues, and I was lamenting that I didn’t know what I wanted to do. Doc asked me what I was doing about it. I said “I’m working on it.” He said “all I care about are those first two words.” It was at that moment I realized that I was floundering because I hadn’t been honest about how I was feeling. I was hoping for some external force to bring me out of the depression I was ignoring, instead of taking internal steps to fix it. I went home, and before I talked to anyone else, I talked to myself. I was frank with myself about what I wanted out of life, what I wanted to accomplish, and how I wanted to get there. Two days later, I got a call from the secretary of a friend of mine – he was looking to hire someone, and he thought my skill set would be a good fit. I went in for an interview, and shortly thereafter got a job. That job got me out of my parents’ house, got me a car, and eventually led to me meeting my wife, getting married, and buying a house. But it all stemmed from that chat with Dr. Issues, who’s helped me defeat more villains that I could ever know.

That was seven years ago this week. And it’s as good a time as any for my villain to reemerge.

I have a long commute. It’s about an hour and 15 minutes. Each way. That’s a lot of time to spend in a car. It’s even longer when it’s to head to a job you hate. Because I’m still in that job, and things haven’t gotten better. Well, they did for a while. But lately, it’s been rough, and the weight of everything has come crashing down on my shoulders. I don’t have the energy or vitality I had. I don’t sleep well. I can barely find the time or energy to exercise, which used to be my therapy. So, naturally, when I’m at my weakest, depression rears its ugly head again.

Today is World Mental Health Day. We speak a lot about mental health on our show, and how we want to destigmatize talking about it so that people get the help they need. In order for me to do that truthfully, however, I have to be honest about my own struggles.

I know the signs. I’ve beaten this villain before, and luckily for me he doesn’t change his strategy each time he pops up. So it’s become easier to defeat him. But I also know he’s never going to truly leave me alone. So I have to stay vigilant. I have to keep an eye out for the warning signs that he’s threatening me. And that’s tiring. So I slip sometimes. I’m grateful to have this venue to speak my truth, and tell you my story, so that hopefully you find the courage to tell yours. Because we’re all battling our own villains. But the beauty of life is that we’re not alone, and if we’re honest about this, we can form our own Avengers, or Justice League, or Defenders, or Justice Society, or whatever team name you want to use. This show has given me a strength I didn’t know I had. And there’s no day like today to share this with you. Thanks for reading/listening.
~ Anthony

Doc talks more about what Black Manta meant to him, both as a character and an episode. 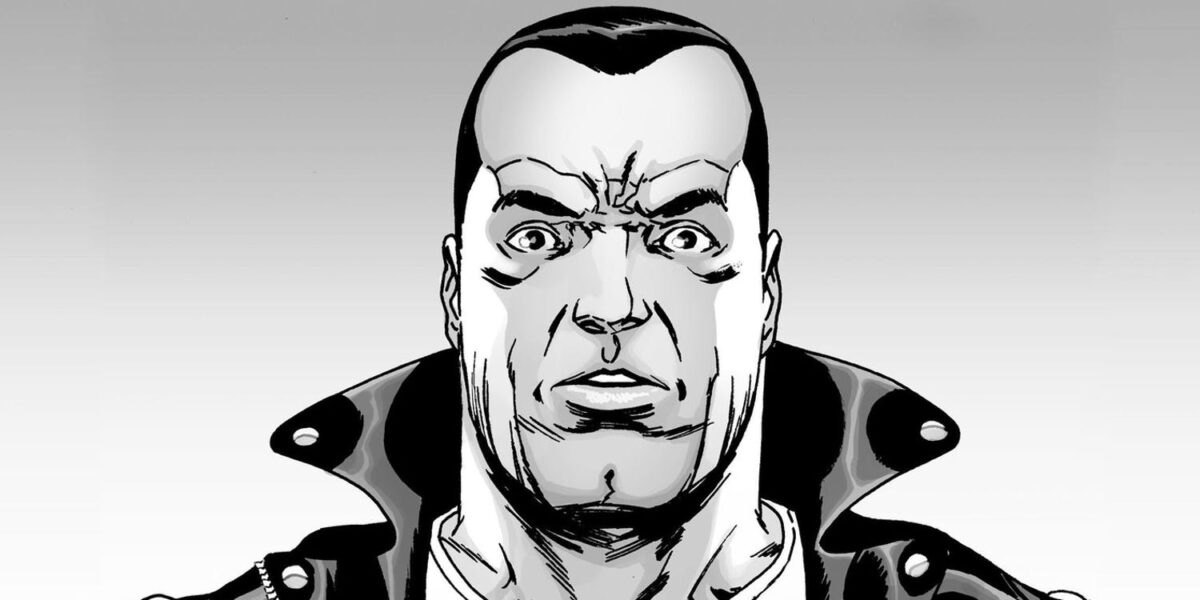 Doc uses Negan as a way to examine how we look at anti-vaxxers in modern society. It makes sense, promise.