Spoiler Level: Red (but only for this column)

Good day (or evening, as appropriate), prospective Boxer. I am Ariel Bee, and I will be your host for this occasionally published column. Today’s business: a humble introduction as well as a statement of intent. Now, without further ado, let us commence with the Housekeeping.

In mid-2019, I started my 9238th Twitter – a public Twitter, which was rare for me, for I am a fragile hermit crab and I prefer to stand in my shell-cave, alone. But I made it public, basically to try to break out of my comfort zone, and started posting about comics – general thoughts, analysis, issue commentary and reviews…

It was the reviews that got me some attention, and then some offers for site contributor positions. I accepted two: a mostly review position at comic-watch, where I can be found reviewing various miscellaneous books; and, obviously, this one, which was much less defined.

So, since I have mostly been doing reviews on comic-watch I figured I would do something a little different, yet somehow the same, here. Which brings us to…

Second, the Statement of Intent
AKA a short column about this column before the actual first column.

My vision for The Longbox View is ever evolving. Some ideas may be harder to put into play than others, and some may fall flat despite my best intentions. Also, since some topics by their nature require more reading and research, I’ll probably have to mix it up a fair bit.

That said, I see The Longbox View as a Reviews+ column. So, rather than doing straightforward week-to-week reviews, I’ll do deeper analysis of both new and old comics, as well as analysis of comics as a whole whether it’s trends, structure, whatever comes to mind. I may do deep dives on characters, opinion pieces, recommendations… you never know what you’re going to get, but I’ll try to keep it interesting every time.

Here’s a short list of specific series that I’m planning:

Some of Its Parts –I’ll review each issue of a series or story arc as it is released. Later, once it is complete, I will reread it in a single sitting and revisit it as completed piece.

Submission for Your Approval — Looking at the most indie of all indies, the books submitted to Comixology by their creators. There are a lot of real gems hidden in there, so I’ll be guiding you through it.

Variations on a Theme – Looking at a specific trope or plot and how it has been used in various stories either across different series or, in some cases, within a single series. (e.g., Batman’s failed engagements)

Frequency is a bit up in the air for now: this is a hobby, and I do have a full-time job as well as reviewer obligations and personal writing that I’m working on. The dream is to go for weekly. The plan is to see how often I can realistically do this, and then settle into a schedule based on that. If you follow me on Twitter, I’ll be posting links to my columns there when they go up.

I believe that’s all the housekeeping business, so…

Next on The Longbox View… We look at DC’s most recent holiday anthology, DC Love is a Battlefield!

Until then, stay safe and keep reading. 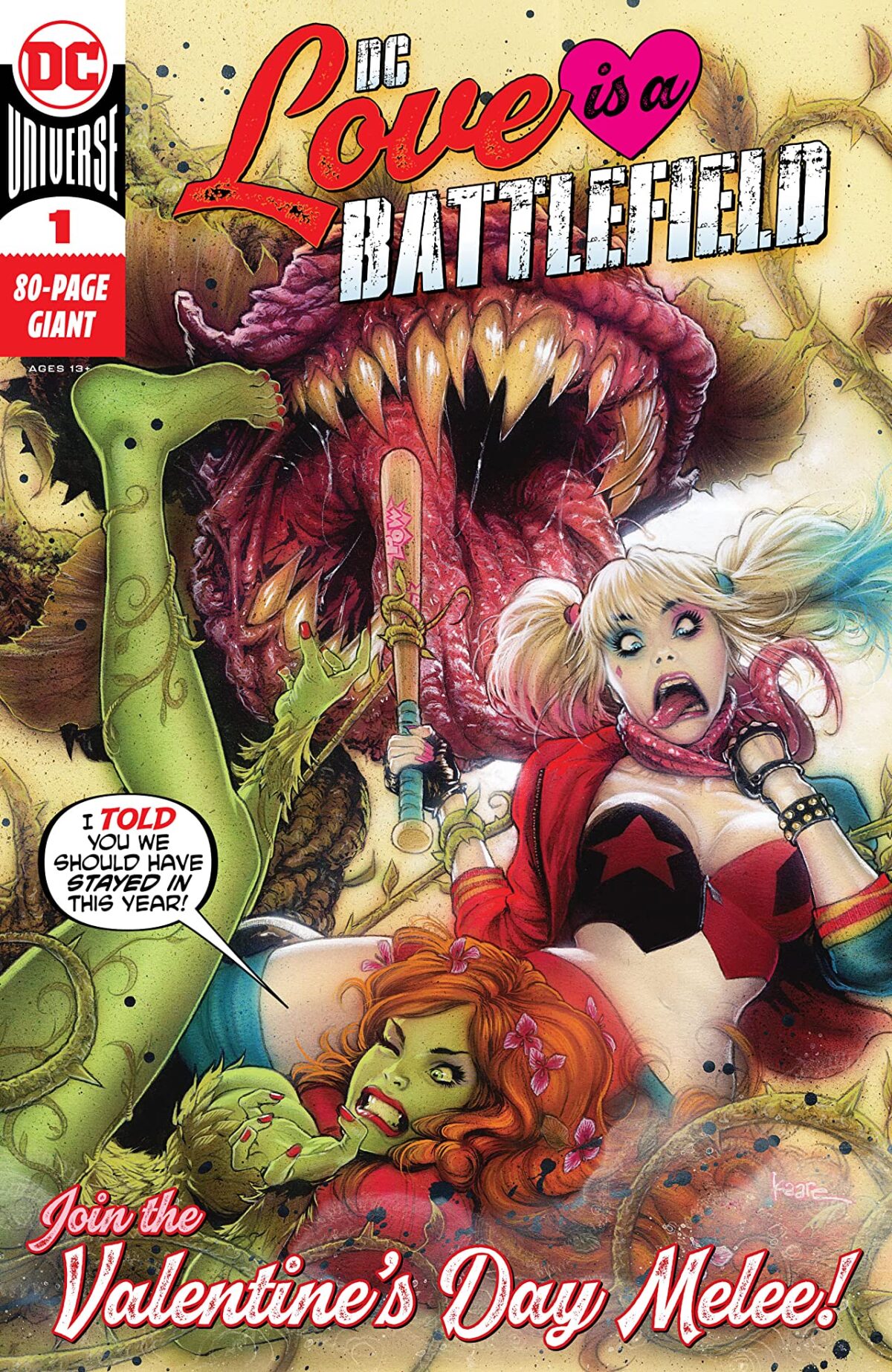 Red is seen in both Love and War!

Ariel's back with another Longbox View - this time it's Part 2 of the Batman: The Black Mirror review! Read now!