Capes on the Couch Batman Rogues,Blog,DC,Villains Lazarus Pits are NOT FDA Approved

Lazarus Pits are NOT FDA Approved

During the podcast episode on Ra’s Al Ghul, I talked a bit about the changes someone may go through as they age. I gave dramatic examples such as strokes, physical injuries, and dementia. But those changes don’t happen to everyone. Father time drifts in curves, not acute angles. There are subtle transitions that happen to everyone, and our bitter Batman foe still serves as the perfect template for how to handle such changes.

Fit as a fiddle…with frayed strings

Sarcopenia is the general loss of muscle mass as we age. Sure, some people demonstrate age-defying definition on social media at advanced ages, and thy are fantastic motivators for continued athletic activity. Don’t kid yourself. If you are physically stronger at 77 than you were at 27, you know what that tells me (or any physician, physical therapist, or trainer for that matter)? You undersold your own physical capabilities for most of your life. That’s not where I want to be. Your skin sags more; sun exposure plays a huge role (more-so if you’re on certain medications *cough* psychotropics sorry my bad*cough*). It’s okay, society as a whole expects it. You can pay for cosmetic surgery if you want, but I’m not here to decide if that’s the right choice for you. You may lose hair. Your hair color may fade. Those may not be bad things. Ra’s looks debonair with those white streaks (although that may be a genetic thing…oh well). Plus, with each Lazarus rejuvenation he usually gets the “comic buff” treatment. You know, the treatment that every character of importance has to have a certain level of chiseled definition unless they’re specifically written otherwise…

Who could resist a look like that? Touch of Gray all the way!

I’m all for a certain level of pampering if it’s within reason. It’s crucial to know your physical limitations and expectations as time goes on. Just don’t harp on it, please. Don’t let marketing or social media overload you. If you noticed you’re a step slower, do speed drills at the gym. If you’ve put on some pounds, adjust your diet slightly. If you didn’t handle things drastically in the past, don’t resort to desperation now unless it’s absolutely necessary. That’s when mid-life crises happen. Unfortunately, from my experience, it doesn’t have to be just mid life. I’ve seen I quarter life and near-century life as well. Ra’s…it’s probably scheduled into his calendar to have a crisis.

Sharp as a tack…that’s already been used

Your reflexes will slow over time. No, seriously. Don’t match up a 60 year-old with a 20 year-old and expect similar results with regards to reaction time. Anticipation ability may decrease the gap, but…let’s just say there’s a reason you don’t see many professional athletes past the age of forty (and for those that make it, kudos!) In medicine, more evidence comes along that shows our prime years are earlier in our careers. Fresh out of residency, with a few years of independent practice under our belt, biased as all hell less likely to have the ego of an upstart but not so set in the ways of a practitioner near retirement that should have left along time ago. We know where the term “Sunday Driver” came from, and it wasn’t for the teenager about to wreck their first major depreciating asset. I feel bad for Ra’s on this front. He gets the worst of both worlds. He doesn’t always have his wits about him when he takes a sulfuric sitz bath, and once that’s over he has to rely on people to aid his recovery…the same people he demoralizes are the ones who temporarily toilet him. Yuck.

The Greatest Mentor…who needs to be a mentee.

Last week I lampooned the possible time dissonance that Vandal Savage could suffer over thousands of years. However, he may be the perfect person to sharpen Al Ghul! He doesn’t suffer from the mental and physical ailments Al Ghul has. He has a magnitude of years more experience than Al Ghul. He has shown the ability to mesh with numerous cultures rather than towing a purely dogmatic line. He blends with the zeitgeist and leans into discomfort instead of raging at the heavens. If you’re going to be around a while, you might as well have a lasting partner (as always, get your head out of the gutter. You know what I meant).

Well…Ra’s disagrees. Actually, he agrees, YOU will die. Just not him. Not yet. But you have a motivating factor and he’s lost sight. Finite time, finite possibilities. You can’t edit the yearbook once it’s published. Ra’s gets do-overs. This is no video game. You get the opportunity to shape the world around you and leave it a little better than before. The best Ra’s can hope for is that his carbon footprint doesn’t lap the output of China during the last 50 years. He’s a one man ecological wrecking ball ironically fighting for a greener world. Nah, none of us need that pressure, thank you very much. Just make marginal gains over time, and you’ll be amazed at the compounding results.

What have we learned

Aging carries trepidation as well as triumph. Give it a chance.

For the 4th BatMarch episode, we do a full-length commentary on the 1989 film classic BATMAN! 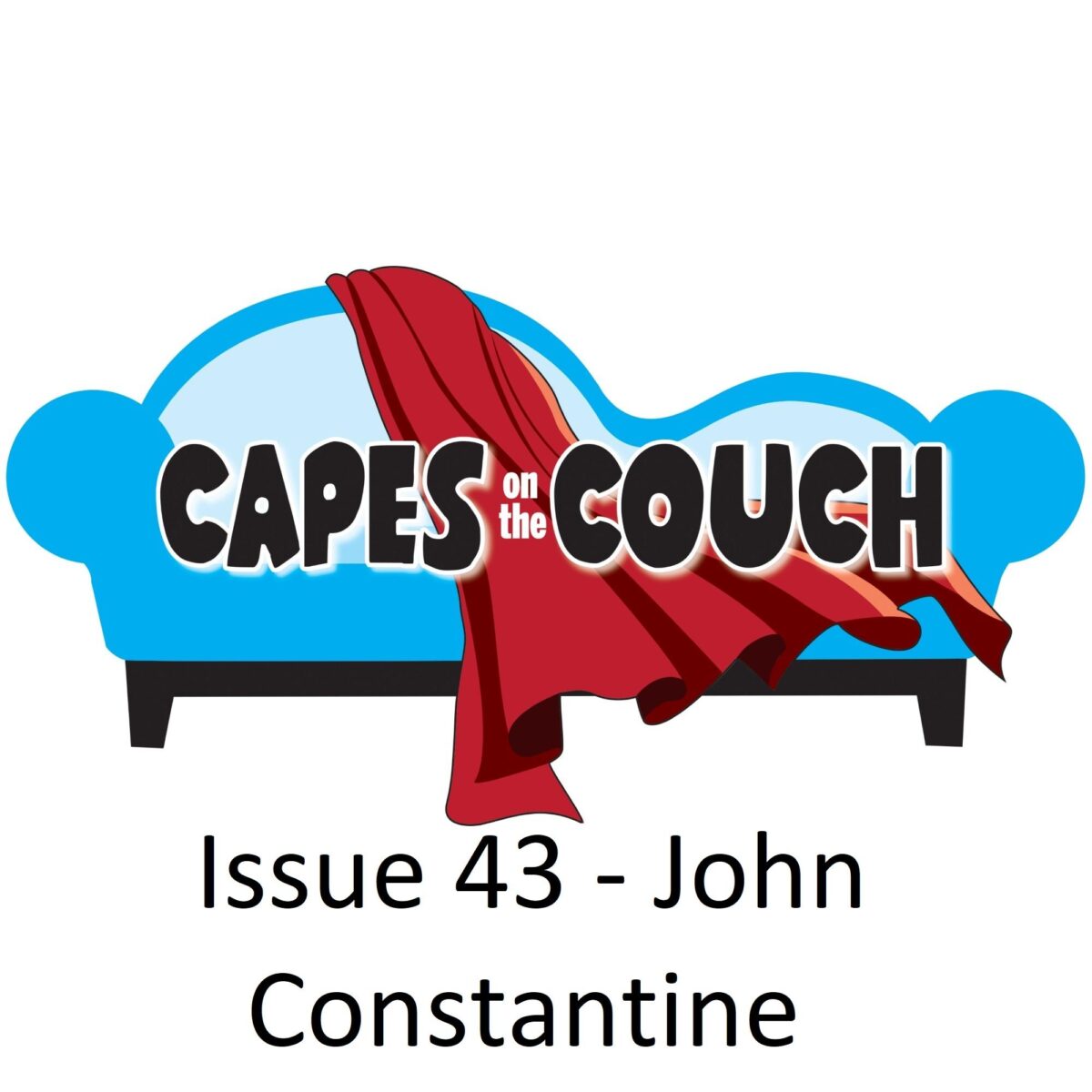 It's the magical conman from Liverpool, John Constantine! Anthony & Doc discuss this Sting lookalike and why he has so few friends. Plus hear the worst attempt at a Scouse 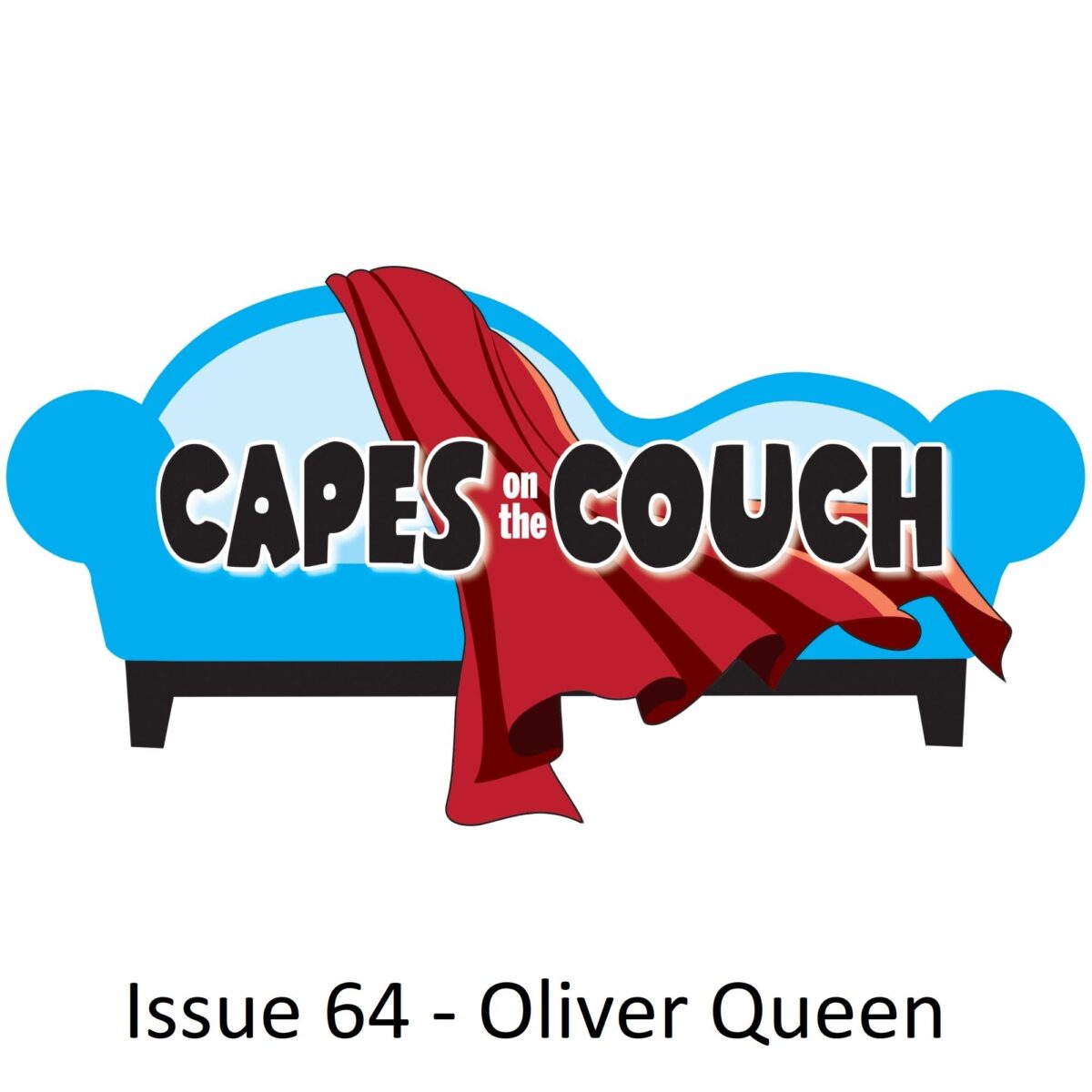 We continue the run on archers and focus on OLIVER QUEEN, the Green Arrow! How did he go from "Batman with a bow" to danger-seeking social justice warrior? Listen in