Unpacking the Mother of Skeletons

I’m having some personal challenges at the moment, and I’m also shutting down my old blogs, so given that I decided it would be cool to take some of the meta I did back in the day, update it, and move it on over here to buy myself some brainspace and prevent the pieces from disappearing into the Internet Ether.

So, this is an analysis of the motivations, references and general actions of Talia al Ghul during Grant Morrison’s Batman run. Anyone who knows me knows I’m not a big fan of Morrison’s characterization of Talia. That said, anyone who knows me also knows that I never let disagreement prevent me from looking at a work seriously or trying to dissect how it works and what it’s doing.

So, this is Unpacking the Mother of Skeletons, originally published June 29, 2019.

So I was just talking to some friends about this page and those references, and my psychology degree-possessing butt started explaining the wire mommy reference, which led me to researching the other references, and now I’m going to unpack them here for your benefit.

The context is this: Morrison’s Talia is

1. On a rampage of destruction because Bruce won’t date her and

2. Rejecting Heretic’s desire for her love and approval.

Noteworthy: Heretic is Damian’s clone, so he is her genetic son.

Okay, here we go… in order, except for Kali which is last because boy is that a reference to unpack.

Tiamat: Tiamat is the ancient Mesopotamian goddess of creation, the mother of gods and monsters. She gives birth to the gods, but her husband realizes they want to depose him, so he wars against their children and their children destroy him, and then Tiamat wages war on their children. She is ultimately killed but not before creating the dragons who have poison in their veins instead of blood… but anyway I’m pretty sure the point Morrison is getting at is that her progeny rebels against her and she in turn wages war on them. This may also link back to the final bits of Batman Inc where Ra’s is set to unleash Damian’s clones – Talia’s unnatural children. Dragons with poison instead of blood, metaphorically.

Medusa: This is a strange reference because the primary Medusa myth (at least the variations I’ve personally encountered) states that Medusa was raped by Poseidon in the temple of Athena. Athena then decided to act like a Greek God does, blamed the victim and cursed her to become a monster. So the reference is, at least to me, a bit odd but that said, earlier in their run Morrison had already referenced Medusa as a beautiful woman who became a monster after her love was rejected. I think that’s fairly self-explanatory in the context of a Talia who has gone on the warpath because Bruce won’t date her.

The Wire Mommy: I’m pretty sure this is a reference to the Harry Harlow rhesus monkey studies in the 1930s. So this was a study conducted in the University of Wisconsin-Madison where Harlow got some baby rhesus monkeys and removed them from their mothers and placed them with one of two primary “mother”-related environments:

1, An inanimate substitute mother made of wire holding food and a similar substitute made of terry cloth is without food.

2. An inanimate substitute mother made of terry cloth holds food and a similar wire mother does not have food.

Okay so the findings of this study were basically that the baby monkeys didn’t like the wire mother. In the case where the food was with the wire mother, they would go over and eat and then dash it over to the terry cloth mother and cling to that one. Not surprising as monkey behaviors go.

What I gather from this, especially in the context of the above where Heretic is looking to Talia to love and nurture him, is that she’s saying that, despite having given him life and physically supported him (in other words, having the metaphorical food), she has no warmth or love for him. She is made of wire, metaphorically.

The Red Queen: I’m not super-familiar with the Alice books beyond Wonderland so I did look this up on Wikipedia as well. Therein lies this quote from Carroll:

The Red Queen I pictured as a Fury, but of another type; her passion must be cold and calm – she must be formal and strict, yet not unkindly; pedantic to the 10th degree, the concentrated essence of all governesses.
–Lewis Carroll

So, again, a comparison between Talia and a cold passion, a female/maternal figure without much warmth. In the context of the various things Morrison had been doing with the character (such as the infamous scene where she says she can’t love him for who he is because she’s too much of a perfectionist or the fact that she remote controls his body in order to get a son who obeys her), and the formal speech pattern she tends to have especially in Morrison’s era and since it’s also not a stretch to say she is considered formal and strict.

Mother of Skeletons doesn’t seem to be a specific reference – if you’ve got one, feel free to drop that on me, too, but I couldn’t find anything. I’m guessing it’s another way of reiterating this point that she is a destructive maternal figure who devours or destroys her unworthy children.

Kali: Kali is a major Hindu deity, the wife of Shiva, and one of the more famous Hindu gods. Please note I am no expert on Hinduism and if you know better than me, feel free to correct me on the research that I turned up.

Kali’s most common pose in paintings is in her most fearsome guise as the slayer of demons, where she stands or dances with one foot on a collapsed Shiva and holds a severed head. She wears a skirt of severed human arms, a necklace of decapitated heads, and earrings of dead children, and she often has a terrifying expression with a lolling tongue which drips blood.

So okay looking at Wikipedia because I’m lazy… some relevant references, and you’ll see how the other names Talia gives for herself back this up:

Rāmprasād comments in many of his other songs that Kāli is indifferent to his wellbeing, causes him to suffer, brings his worldly desires to nothing and his worldly goods to ruin. He also states that she does not behave like a mother should and that she ignores his pleas:

“Can mercy be found in the heart of her who was born of the stone? [a reference to Kali as the daughter of Himalaya] Were she not merciless, would she kick the breast of her lord? Men call you merciful, but there is no trace of mercy in you, Mother.

You have cut off the heads of the children of others, and these you wear as a garland around your neck. It matters not how much I call you “Mother, Mother.” You hear me, but you will not listen.

To be a child of Kāli, Rāmprasād asserts, is to be denied of earthly delights and pleasures. Kāli is said to refrain from giving that which is expected.

So, a mother who, having been born of stone herself, lacks mercy and warmth and denies her children the normal pleasures of life. Given Morrison’s take on Talia’s background and her relationship to Ra’s… self-explanatory reference. But that’s not all:

Vamakali is usually worshipped by non-householders. The pose shows the conclusion of an episode in which Kali was rampaging out of control after destroying many demons. Shiva, fearing that Kali would not stop until she destroyed the world, could only think of one way to pacify her. He lay down on the battlefield so that she would have to step on him. Seeing her consort under her foot, Kali realized that she had gone too far, and calmed down.

This is very relevant. One thing that people often miss about Morrison’s Talia is that her acts of destruction are ultimately meant to get Bruce’s attention. She undertakes this villainous rampage because only villains can hold his attention: she doesn’t even think it’s interesting, she mocks her own plans and calls them stupid. She says she’s doing this because Bruce prefers things black and white and over the top.

However, despite their being at odds with one another (and her having caused the death of two of their “children” – Damian himself and Heretic, his clone), they are still essentially portrayed as estranged but passionate lovers:

In the wake of this demonstration, she poisons him, and then demands that he beg her for salvation:

The point: she’s not actually trying to kill him or take the world down. She’s trying to force Bruce to submit to her so that she can be satisfied and come back from the edge. This informs the panels where she expresses her frustration that he won’t stop or admit defeat – and later the similar frustration that he doesn’t understand her purpose. It’s also a move she tried more directly earlier in the run when she directly issued an ultimatum to Bruce: love and redeem her or choose war.

In fact, a great deal of what she does in Batman Inc. seems to be done to elicit a specific response from Bruce – for example, she has a hit put on Damian, but it’s not meant to result in Damian dying – she thinks he’s not in the city. The hit is just to mess with Bruce’s head, and when he is actually killed, she mourns (and kills his killer). I would say this comes back to this idea that the opposite of love is apathy not hate – love and hate are both intertwined and Morrison’s Talia both hates and loves Bruce. As such her destruction is aimed to keep his attention, and her ultimate aim is force him to metaphorically lie on the ground before her so she can step on him and be satisfied.

Next time on The Longbox View… Well, it’ll either be another revised meta or the next article in the series on Scott Snyder’s Batman run.

Until then, stay safe and keep reading! 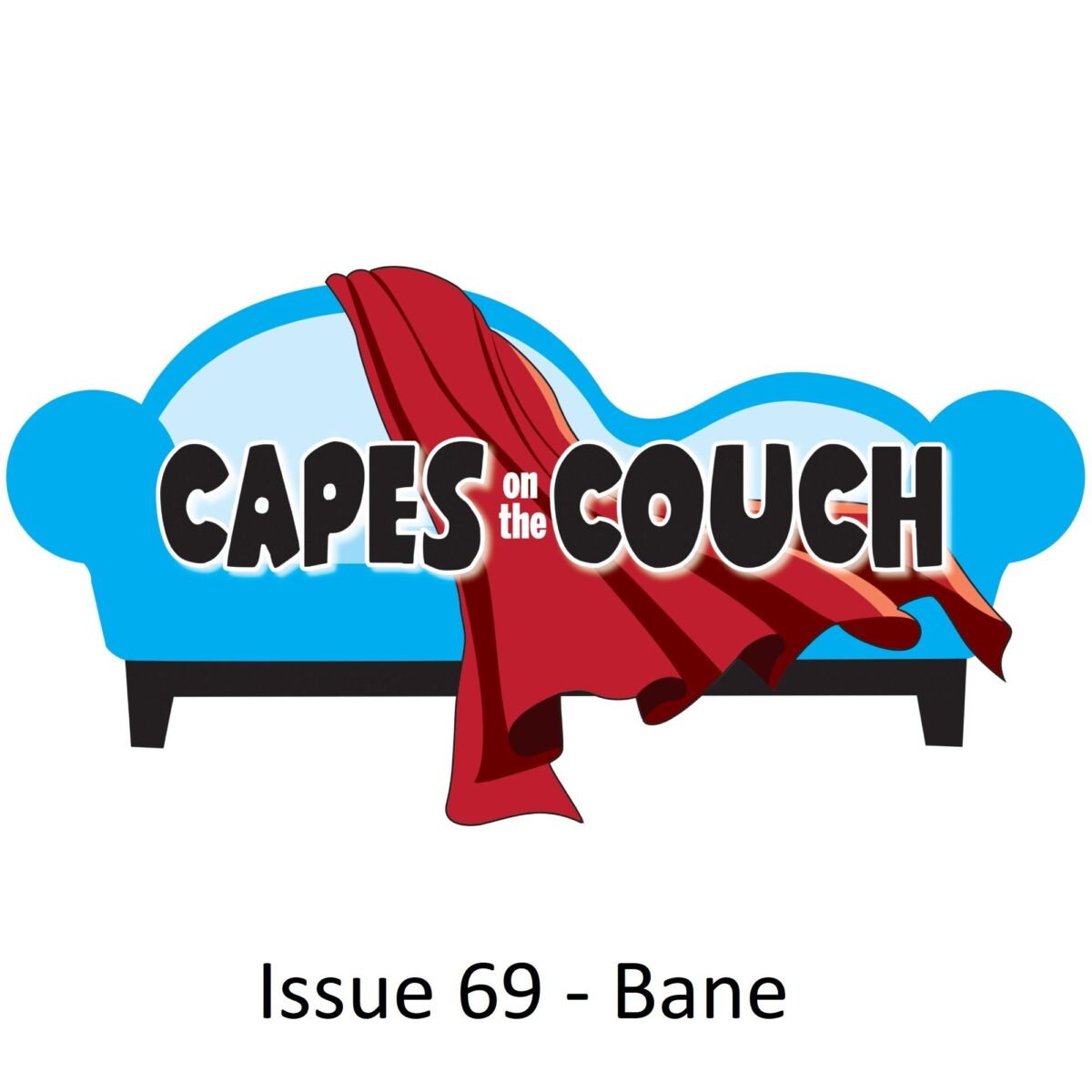 This podcast will be your reckoning - Anthony & Doc discuss BANE! Where does Batman's nemesis go from here? And why is Doc singing Hamilton again? Listen in to find

Some heroes have a confusing origin story. Donna Troy has them all beat. We tackle Wonder Girl and her conflicting stories - listen now! 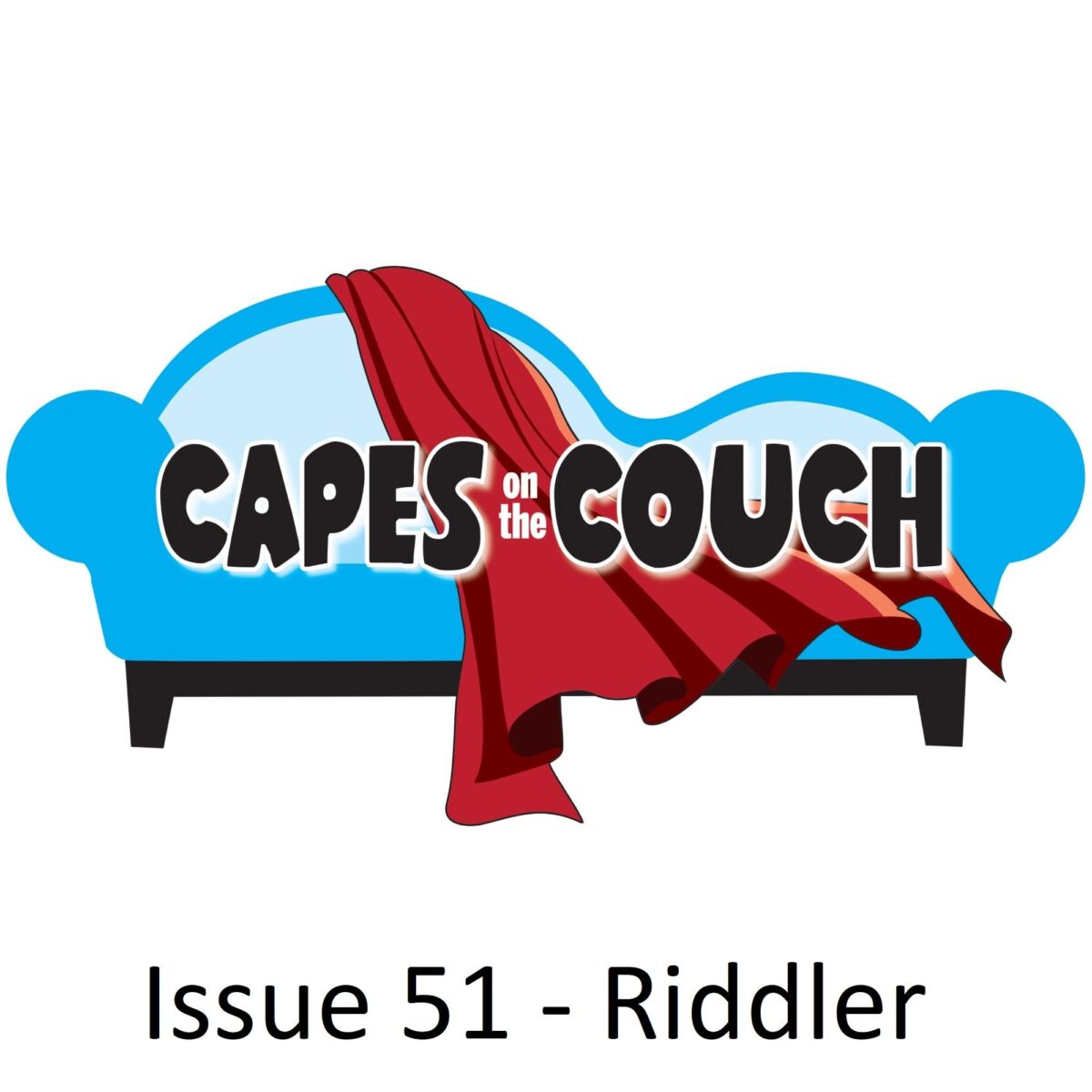 Patreon Brian asked us to cover THE RIDDLER! Why does Edward Nygma keep leaving clues he knows Batman will solve? What is OCD really like? All these questions and more